About > his dancing and dances generally 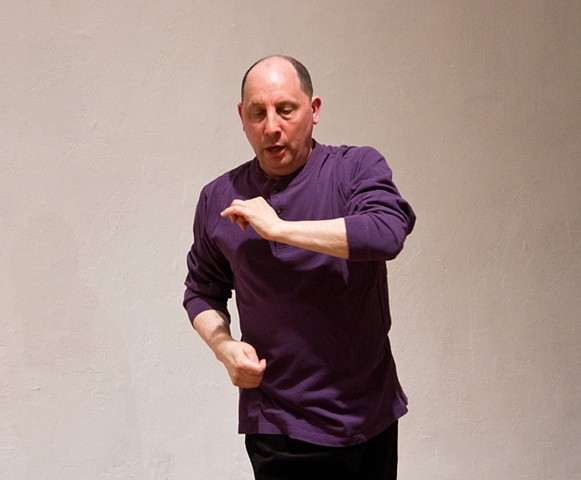 David Appel’s work has been presented to acclaim throughout North America, Europe, and in Mexico since 1973. During the first 20 years of his professional career, he created pieces for a variety of performers in many different spaces and situations. From 1994-2010 he focused primarily on solo activity, exploring the processes and possibilities that arise out of cultivating more intimate and detailed dancing, and evolving a movement language that is paradoxically singular and familiar, idiosyncratic yet somehow connects. More recently, while continuing to pursue these concerns within his own moving, Appel has again turned to investigating how his compositional ideas can be manifested with greater breadth in various (small) group contexts, carrying him further into intriguing new choreographic territory.

His dances, whether created for his own performance or with others, are captivating conversations that blend improvised and set material in intricate and unusual fashion. Danced alone or embodied by a group, Appel's pieces look at how we mediate and move fluidly between our inner landscapes and external environments...palpable physical paradigms for how we find our way through the world in which we live.